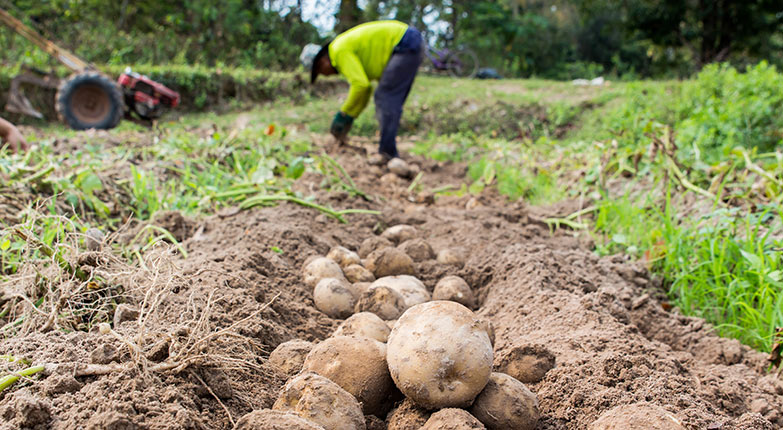 In Uganda, stakeholders working on the new bioengineered late blight resistant potato dubbed as the “3R Victoria” are confident of its wide adoption. The yet to be released potato could help 300,000 smallholder farmers in Uganda achieve higher yields at lower production costs and less exposure to chemicals. The stakeholders estimate 40-50% adoption rate for the new variety after its release.

Studies conducted by the International Potato Center (CIP) and National Agricultural Research Organization (NARO) scientists since 2015 have confirmed that 3R Victoria potato is completely resistant to late blight disease and safe for human consumption and the environment.

Dr. Marc Ghislain, senior biotechnologist at CIP and cluster leader for CGIAR Research Program on Roots, Tubers and Bananas said, “An estimated adoption rate of 40 to 50% represents a strong evidence that farmers in this country want to have access to these late blight resistant potatoes and will benefit from them in multiple ways.”

A study conducted by Graham Brookes of PG Economics Ltd. published in the journal GM Crops and Food finds that since 2003, crop biotechnology has helped Colombian farmers grow more food, feed, and fibre, using fewer resources and farm incomes increased by a total of over US$300 million. Crop biotechnology has enabled Colombian farmers to obtain higher yields from better pest and weed control, reducing the environmental footprint associated with the production of cotton and maize.

The study finds that since 2003, about 1 million hectares of biotech cotton and biotech maize were planted in Colombia and in 2018, the technology was used on the equivalent of 90% and 36% respectively of the total cotton and (commercial) maize crops.