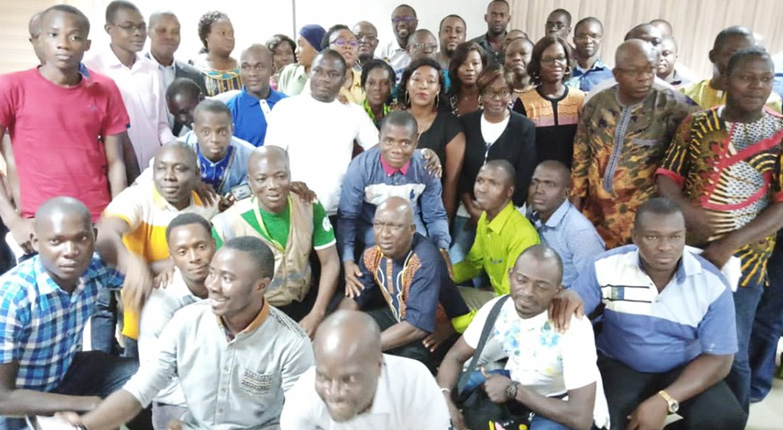 CropLife Cote d’Ivoire organized its first training workshop for the year on IPM/RU for pesticide dealers, applicators and counsellors. The 78 participants were individuals seeking certification for the first time or renewal of their expired certificates from the Pesticide Committee chaired by the Ministry of Agriculture and Rural Development. Among the participants were three from Burkina Faso, Mali and Niger who wanted to improve their knowledge in their handling of pesticides, as dealers in their respective countries. More than 10 sessions were covered during the four-day program in which 16 topics were discussed, ranging from basics on pesticides (definitions, formulations, terminology….), pesticide regulations, pesticide application, GAPs, pesticides and sustainable agriculture and economic development… A special focus was placed on the importance and correct use of PPE, empty container management and anticounterfeiting activities. These topics were referred to during the opening and closing ceremonies which were chaired by the Deputy Director of the Plant Protection Directorate (DPVCQ) as well as during the specific sessions devoted to these topics. The participants were frequently called on to give their expected contribution to any project or program related to the three issues. The workshop was supervised by the Bureau Norme et Audit (BNA) as CropLife Cote d’Ivoire is seeking certification of the training program. Such certification would provide an opportunity to engage in negotiations for conducting training for government, projects and development agencies involved in agricultural development. The closing ceremony was attended by the President of the Board of ANADER, the National Extension Service. This level of cooperation is in line with the commitment made between ANADER and CropLife CI to pursue and provide knowledge and support to the farming community through synergy raising as determined in their respective mission statements.