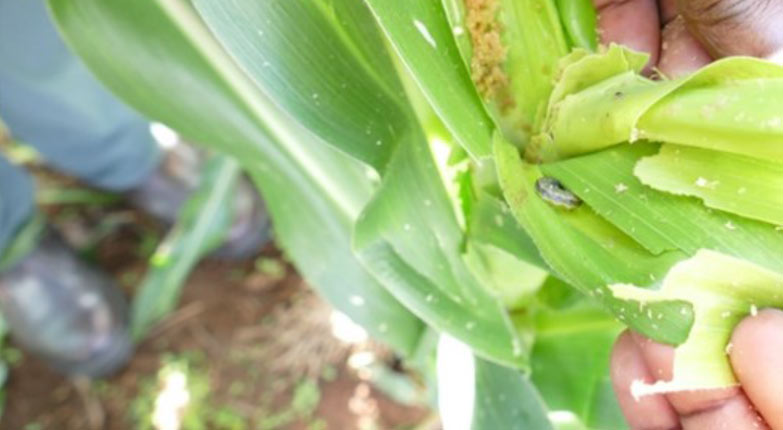 Farmers across Africa are struggling with the often devastating spread of Fall Armyworm, an invasive species from the Americas that was first observed in West and Central Africa in early 2016.

In its larval stage, Fall Armyworm feeds on over 80 plant species – including maize, a staple crop in many parts of the continent. As an adult moth, S. frugiperda can fly up to 100 kilometres in a single night. Fall Armyworm is now confirmed in every African country south of the Sahara except for Lesotho (due to its elevation). It has also been found in Egypt and spread into much of Asia.

As Fall Armyworm spread through Africa’s small farms, there was a rush to control the pest, too often using unsuitable products and then in the an incorrect manner. CropLife advocates for the Integrated Pest Management of Fall Armyworm but this requires knowledge of the pest, its ecology and the damage that it does. This is a big ask in terms of information provision, something that we need to be addressing with our partners. In most of Africa, there are not enough agricultural extension agents to educate farmers about pests like the Fall Armyworm.

“The Fall Armyworm is in countries to stay,” said AnneSophie Poisot, an advisor in sustainable agriculture for the UN’s Food and Agriculture Organization (FAO). “It is not a pest that can be eradicated. But it can be brought to a level where it is not seen as a huge threat by farmers. That means that we have to educate farmers, because we cannot solve the problems with a few quick actions.”