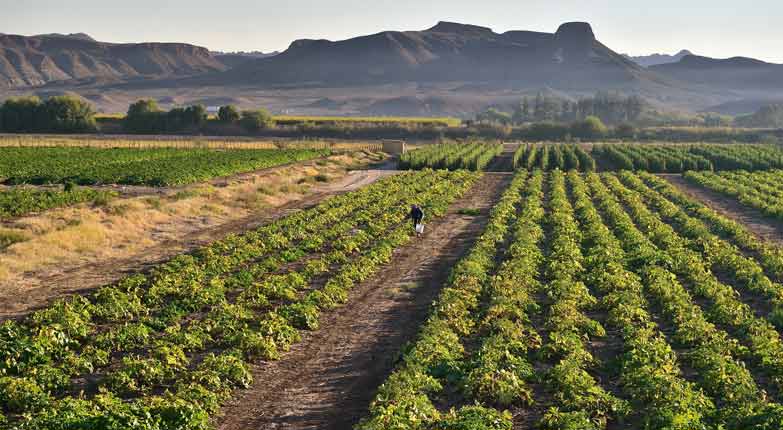 For too long, Africa’s farmers have been pitted against its environmentalists. The common narrative seems to suggest that trade-offs are inevitable between feeding the continent’s growing population and protecting its land, water and biodiversity while taking climate action.

But it need not always be a zero sum game like this. Breakthrough innovations are redefining how these two sectors can work together, and researchers from both the private and public sectors have embraced this challenge by developing new products and practices that can address both needs jointly.

Crop breeding programmes, for instance, are not only focused on boosting yields, but also on helping farmers put measures in place to improve soil health and capture carbon in the soil.

New crop varieties are also being designed to use less water and to be more tolerant of droughts, heatwaves, and salinity from ocean flooding. Yet others are being bred to be resistant to common diseases, such as bananas resistant to “fusarium wilt” that is sweeping across countries like Uganda where bananas and plantains are staples in the diet.

Similarly, a range of different crop protection products, both biological and chemical, are helping farmers not only protect their harvests but also to preserve forests and other natural habitats. This is because up to 40 per cent of the world’s crops are lost to insects, diseases, and weeds, and farmers tend to clear more land for cultivation if yields on existing land are insufficient.

These practices are also helping African farmers anticipate new and more frequent pest outbreaks due to climate change. A recent case in point was an outbreak of the Tuta absoluta moth in tomatoes in 2014, which led to a decline in tomato production and increased tomato prices across the region. Many of the lessons learnt from that experience were then replicated when the Fall Army Worm began decimating the region’s major grain and vegetable crops including maize, rice, sorghum one year later. It was used again during a major locust invasion the year after, when the outbreak threatened the food security and livelihoods of the over 300 million people living there.

Using these crop protection products as minimally as possible reduces the risk of impact to biodiversity and native species while disposing of their containers properly afterwards avoids the risk of polluting waterways.

At the same time, advances in digital agriculture are allowing farmers to anticipate risks from weather earlier and more effectively and also to track what is happening on their farms in real-time and adjust their methods and their inputs accordingly.

These innovations cannot come quickly enough for African farmers, who are facing extreme pressures at a scale unmatched by most other regions. Much of the continent faces the highest risk of exposure to climate change, despite contributing only around three per cent of total historic greenhouse gas emissions globally.

At the same time, the average African farm performs at only around 40 per cent of its potential, and the continent contains more than 50 per cent of the world’s food insecure population and is the world’s fastest growing continent.

Ensuring farmers have access to the innovations they need is not simply a matter of ensuring they exist.  Farmers may sometimes need incentives and training to adopt these practices. They also need a supporting environment outside the farm itself, including viable infrastructure, harmonised risk-based standards, and fair trading markets and protocols. For example, transport costs in Africa today are on average 63 per cent higher than in developed countries.

The continent’s current agricultural subsidy programmes could be redirected to support more of these innovations that deliver a “double win” for both food and the environment. Even more, once these gains started materializing, the $35 billion currently spent on food imports could instead be used to further fuel the economic growth of Africa’s rural areas.

As the global community comes together for the United Nations Food Systems Summit, Africa can proudly take its place at the global table with a broad set of concrete solutions to offer. Agricultural innovations across the continent are showing that Africa’s farmers are a solution not only to hunger but to the environment upon which our agriculture depends.